Home › Reformed theology › The Five "Solas" of the Protestant Reformation

The Five "Solas" of the Protestant Reformation

Following is brief summary of the teaching of the five “Solas” that arose during the Protestant Reformation as a response to the teachings of the Roman Catholic Church whom the reformers believed had usurped the authority of God in various ways.

Sola scriptura (“by Scripture alone”)
The Bible is the only authoritative word of God and source of teaching for the life and faith of believers. Rejects the claim that the authority of the Majesterium (church embodied in the episcopacy) is equal to Scripture.

Sola fide (“by faith alone”)
A person is justified (declared just and actually justified by God) by faith alone without any addition of good works. Faith yields justification and good works, not faith and good works yield justification. Justification is by faith alone, not by meritorious works added to faith. Justification is imputed to the soul at regeneration not “infused” into the soul at baptism apart from faith (ex operere operato).
Sola gratia (“by grace alone”)
God is the sole (monergistic) actor in grace. Man does not “synergize” with God in grace by either desiring to be saved or by seeking salvation through prevenient grace said to be given to all men. Nor can man by any action cooperate with grace to merit greater graces.
Solus Christus or Solo Christo (“Christ alone” or “through Christ alone”)
Christ is the only mediator between God and man (priesthood of all believers) and there is salvation in no other. Rejects sacerdotalism in which priests and church serve as mediators to absolve people of their sins and prescribe acts of penance. Clergy, as those ordained to the ministry of the word and sacraments, are permitted to pronounce forgiveness of sins, but without penance and not as mediators.
Soli Deo gloria (“glory to God alone”)
God alone is due glory since salvation is accomplished and applied by him only. He is the giver of the gift of Jesus’ atoning work on the cross. He is the giver of the gift of faith in Christ’s atonement. This tenet rejects giving glory to saints for their good works.
by Daniel L. Sonnenberg, Wilmington, NC

Like Loading...
‹ The Five Points of Calvinism (TULIP) or The Doctrines of Grace
Responding to Natural Disasters › 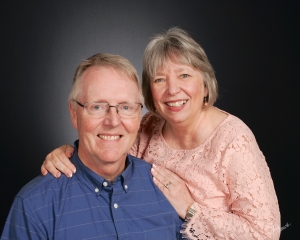